Did you know that one of the best mosques to visit in Istanbul, Arab Mosque located in Kalyon street in Karaköy is the first mosque in Istanbul?

Here is the story of the Arab Mosque …

Constantinople was besieged by the Arab Army in 717 but they failed to conquer the city after a year’s battle but eventually they managed to seize Galata area and stayed there for 7 years. The Arab commander Mesleme Bin Abdülmelik ordered to build a mosque for his army and he made history as the first person to have ezan, call to prayer, sung in Istanbul. The army had to leave due to an uprising in Damascus and left the area back to the Byzantium forces.

The mosque was then converted to a church by the Dominicians and the bell tower today was added to the building. After the conquest of Constantinople by Mehmet II the Conquerer in 1453, the church became a mosque again by order of Fatih Sultan Mehmet II the Conquerer. The mosque was called Arap Camii (Arab Mosque) because Arabs brought from Endülüs, Andalucia in Spain were located in this area.

Beside being the first mosque in Istanbul, Arap Camii is also an extraordinary mosque with its gothic-style and the minaret built as a bell tower during the fourth Crusade.

The first mosque on the Asian Side of Istanbul: Rum Mehmet Pasa Mosque 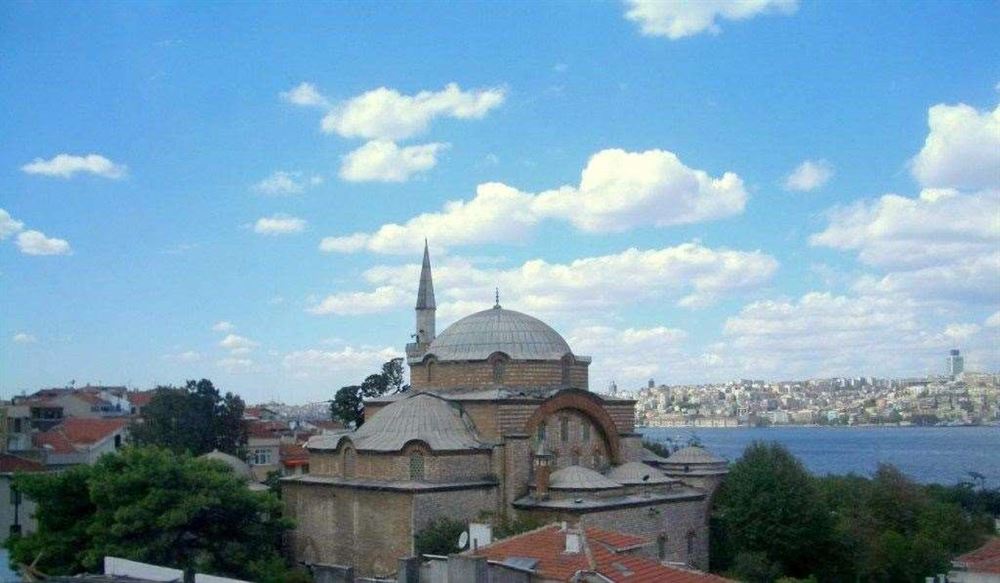 Rum (Greek) Mehmet Paşa Camisi located in Semsi Pasa, near Üsküdar town center is the first Ottoman mosque built on the Asian side of Istanbul. The mosque built in 1471 by Rum Mehmet Pasa, who was of Greek origin, combines Byzantine and Ottoman architectural elements. Although the mosque was built as a complex (kulliye) with its imarethane, hamam etc, today you can only see the remains of the complex around the mosque.

Rum Mehmet Paşa was executed before the mosque was completed and buried in the tomb in the garden of the mosque. His relatives also buried in the same place after they passed away.

The word mosque in Turkish is cami coming from the Arabic word cem meaning “gathering”.

Parts of a mosque

Parts of a mosque are;

Abdest is the ritual ablution, the state of canonical purity. Muslims get washed before the namaz, pray. Therefore there are taps and fountains in the yard of mosques.Allah God in Arabic.

Cuma is Friday in Turkish. The word cuma comes from the Arabic word cem, cum’a (gathering). Friday is a holiday in Arab world when people gather in the mosques for Friday pray. It is quite possible to see İstanbullu spilled over out of mosques on the streets on Fridays.

Ezan, the azan is the call to prayer. The person who sings ezan is called müezzin. The words of ezan is as follows:

Go to Sultanahmet Avenue early in the morning to listen to Ezan in the silence of the morning.

Ritual of worship centered in prayer in Islam. Namaz is performed five times a day.

History Of Cinema in Turkey

History of cinema in Turkey. When and how did cinema…

Istanbul is a gold mine of street food varieties for…

Istanbul city guide: Maiden's Tower, Kiz Kulesi, one of the…

The Fall Of Constantinople